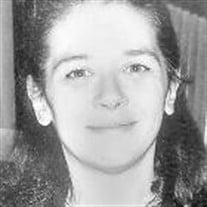 Carrie J. Snyder, age 47, of Center Street, Gowanda, NY passed away unexpectedly Tuesday morning, March 24, 2015 at the TLC Health Network Lake Shore Campus in the Town of Hanover.She was born in Gowanda on Oct. 5, 1967, the daughter of Clifton and Ann (Schiffner) Snyder.Carrie graduated from Gowanda Central and worked for the Seneca Nation (Cattaraugus Territory) as a 911 dispatcher. She also worked for Helmuth Fire Control as a 911 dispatcher until its closing in January of this year. Carrie, a phlebotomist, was an EMT and worked with both the Gowanda Ambulance Service and the Cattaraugus Indian Reservation Ambulance Service.Surviving, besides her parents, are four daughters, Briana Snyder, Leah Eddy, Kelsey Eddy and Mallory Eddy, all of Gowanda; a grandson, Korbin Alexander, born in January of this year; along with three brothers, Clifton (Nancy) Snyder of Coral Springs Fla., Brian (Kimberly) Snyder and Jeffrey Snyder. Nieces, a nephew, several cousins, aunts and uncles also survive.Friends may call at the Schindler Funeral Home, 44 Center St., Gowanda, NY (716) 532-4200 from 2 to 4 and 7 to 9 p.m., Thursday March 26, 2015. Funeral services will be held Friday, March 27, 2015 at 11 a.m. from the First Presbyterian Church, 64 East Main St., Gowanda (assemble at church). The Rev. Donna K. Lewis will officiate. Memorials may be made to the charity of one's choice

The family of Carrie J Snyder created this Life Tributes page to make it easy to share your memories.