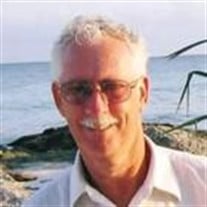 Gary J Gates passed away on Tuesday , September 29, 2015 surrounded by his loved ones. He was born in Brooklyn to the late Gary Sr. and Rita Gates on February 16, 1943. Graduated from Erasmus Hall in 1961. He joined the U.S. Navy in 1964 and was honorably discharged in 1969, he proudly served as an Aviation Tech. Gary found his calling in 1973 with the New York City Fire Department. The majority of his career was spent with Engine 221/ Ladder 104. After his promotion to Lieutenant he worked at Metro Tech in the Transportation Division and then Field Communications. Gary was a 9/11 First Responder.He retired in December of 2001.Moving from Brooklyn to Queens Village, NY in 1971 where he raised his family. As a snowbird, Gary maintained residency in both Queens Village and Clearwater Florida where he had many ties to the communities. In Queens, he was active as a member of the Nights of Columbus, Saint Anne's Council, and The Velorian Club. He was a handyman, "Gary of Vanderveer " was always happy and willing to help anyone with any project. In Clearwater he was the President of the Italian American Club and a Member of the Elks. At the end of every summer he truly looked forward to travelling South and reuniting with his wonderful friends in Florida. Wherever Gary went, he brought his warm smile and wonderful energy. Throughout his life Gary lived an very active lifestyle. He was quick-witted, told corny jokes, loved to play softball, golf, bowl, play cards and spend time with friends and family he held so dear. He love travelling and taking cruises and enjoying life's experiences. He was a long-suffering Mets Fan (an anti- Yankee fan) loved the Jets and the Giants, he also loved a good breakfast, cigars, Scotch and "Stuff There Like That."He is survived by his loving wife of 50 years, Theresa (Caliendo), and his 2 daughters Dawn Gates of Westbury and Andrea Ronan of North Bellmore. His son-in-laws John Fleigner and Steve Ronan and his six grandchildren Lauren, Brian and Sean Byrne and Kathryn, Kristen and Paige Ronan. His sisters Suzanne Gates, Judith Napolitano, and Margaret Cardone. Gary was a true family man and loved his large extended Gates and Caliendo families. A Celebration of his life will be held at 4pm on Columbus Day Monday October 12th 2015 at the Douglaston Golf Course. In lieu of flowers please donate to The Suncoast Hospice in Clearwater or the New York Firefighters Burn Center Foundation.https://www.thehospicefoundation.org/sslpage.aspx?pid=1333http://nyffburncenter.com/

Gary J Gates passed away on Tuesday , September 29, 2015 surrounded by his loved ones. He was born in Brooklyn to the late Gary Sr. and Rita Gates on February 16, 1943. Graduated from Erasmus Hall in 1961. He joined the U.S. Navy in 1964 and... View Obituary & Service Information

The family of Gary J Gates Jr created this Life Tributes page to make it easy to share your memories.