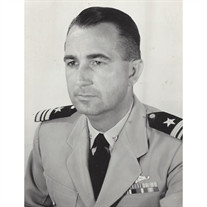 OBITUARY OF CAPTAIN JESS L. CARIKER JR USN RET Captain Jess L. Cariker, Jr, U.S. Navy, 94, died on 1 April 2020. He was a career Submarine Officer who was also a loving Father and devoted Husband of 69 years to his wife Virginia. He was born in Dallas, Texas on 13 October 1925 to Jess L Cariker, Sr. and Lily Dales Barnes Cariker He attended Davy Crockett Elementary school in Dallas, graduating in 1939. He then moved to Waxahachie, Texas where his father was Sheriff of Ellis County. He lived with his family in the Sheriff's quarters of the old Ellis County jail. He graduated from Waxahachie High School in 1943 and immediately joined the U.S. Navy. He served aboard the USS Chewaucan as a Radarman Third Class in the Pacific during World War II. He received an appointment to the U.S. Naval Academy from Congressman Luther Johnson and at the end of the war was ordered to the Naval Academy Prep School at Bainbridge, Md. After passing the entrance exam he entered the U.S. Naval Academy graduating with the class of 1950. In October of that year he married Virginia Hammond of Washington, DC. He was first stationed aboard the destroyer USS Harlan R. Dickson and after two years entered Submarine School. He then served on the submarines USS K-2, USS Pickerel and USS Corporal on which he served as Executive Officer. In 1962 he assumed command of the USS Sabalo SS 302 at Pearl Harbor, HI. He later served on various staffs and commanded the US Naval Communication Station Harold E. Holt at Exmouth, Western Australia. Following retirement from the Navy he graduated from Gonzaga Law School with a Juris Doctor degree. He also had a Master's degree from the George Washington University. He is a member of the Texas Bar Association. He is predeceased by his parents, a sister Janice and brothers John and Thomas, son Douglas Shepherd Cariker and daughter-in-law Kathy Seno Cariker. He is survived by his wife Virginia, sons Paul (Jane), Thomas, Scott and Jeb (Mary), daughters Trisha Tinsley (Russell) and Kathleen Hodgin (Wade) as well as twelve grandchildren and sixteen great grandchildren. He was a man of great integrity who put family above all. He was loved by his children who held him in the highest esteem. He will be missed. The family will hold a private memorial service. Per his wishes, he will be cremated and his ashes scattered in the vicinity of the remains of his ship the USS Sabalo which lies on the bottom of the Pacific Ocean off of San Diego, California.

The family of Jess Lee Cariker, Jr. created this Life Tributes page to make it easy to share your memories.