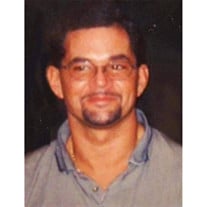 Michael Sturm Comilla an amazing father, son, brother, grandfather, umpire and friend passed away suddenly Saturday, September 18, 2021, at his home in Clearwater, FL at the age of 55. Michael was born August 31, 1966, in Bradford, PA to the late Carmen Anthony Comilla and Margaret "Peggy" Sturm Comilla. He graduated from Bradford Area High School in 1985. In November of 1987 he married his best friend Sherry Piganelli Comilla, who preceded him in death.      Michael was a member of the Local 449 Steamfitters Union.  We all knew Michael as an avid animal lover and an extremely hard worker. He owned and operated a pool cue company named after his dog Charlie Bojangles, where he designed and created pool cues. His true passion was to be on a sports field giving back to the youth of his community wherever he resided. He was known in both Pennsylvania and Florida to be the most compassionate, encouraging, and all-around devoted umpire who could always be counted on as a positive role model for the youth. His daily mantras were "Positivity is the key to success", "Always be kind to others" and "God Bless my Friend" which will be fondly remembered by those who knew and loved him.      Michael was preceded in death by his wife Sherry Piganelli Comilla and sister Lynne Comilla Hinton. He is survived by his two loving daughters, Susan M. Comilla (JC Nellis) of Bradford, PA and Erin E. Comilla of Clearwater, FL; sisters, Lisa Comilla Farina (Richard) of Fuquay-Varina, NC and Jennifer Comilla Salada (Gregory) of Jacksonville, FL; brother, Carmen "Chip" Comilla Jr. (Frankee) of Bradford, PA; four grandchildren that he loved dearly, John, Jayde, Jorden and James Nellis of Bradford, PA along with many nieces and nephews and of course his loving companion, his dog Ms. P. A celebration of life will be announced at a later date. If desired, memorial donations may be made to the local youth sports organization of your choice.     God Bless my friends.

Michael Sturm Comilla an amazing father, son, brother, grandfather, umpire and friend passed away suddenly Saturday, September 18, 2021, at his home in Clearwater, FL at the age of 55. Michael was born August 31, 1966, in Bradford, PA to the... View Obituary & Service Information

The family of Michael Sturm Comilla created this Life Tributes page to make it easy to share your memories.