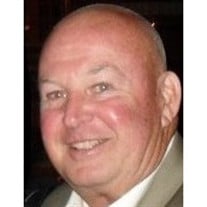 Neil Leo O'Brien of Safety Harbor, Florida passed away on February 26, 2017 at the age of 71.  Born in Somerville, MA, he was the son of Cornelius Leo O'Brien and Rita (Plante) O'Brien both of whom predeceased him. Neil was the loving husband of Kathryn (Barnard) O'Brien for 45 years.  He was the devoted father of Neil Patrick O'Brien and his wife Michelle (Hatch). His beloved granddaughters, Mackenzie & Madison brought him more joy than he ever imagined. Also surviving are his siblings; Robert and his wife Linda of Alpharetta GA, Maureen McKay of Billerica MA, Patricia Hogan of Woburn MA, Carol Schultz of Clearwater FL, and Sharon O'Brien of Tampa FL.  He was predeceased by his brothers-in-law, Fred McKay and Paul Hogan. Other survivors include Kathy's family; Susan (John) DeAmato of The Villages FL, Ed (Doreen) Barnard of N. Reading MA, Patricia Barnard & Barbara Kerins of Medford MA, Nancy St. Pierre of Palm Bay FL, and James (Patricia) Barnard of Wilmington MA. Neil will be fondly remembered by his many cousins, nieces, nephews, grandnieces, grandnephews and friends from all over the country. The son of a butcher, Neil spent nearly 40 years in the meat distribution industry.  In addition, he spent 12 years before retirement working at Lowe's Home Improvement in Mason, OH & Warsaw, IN. Neil loved all sports.  In fact, some would say he was a sports fanatic.  He played football at Waltham High School, Waltham MA.  He raced as a downhill skier for the Ski Bee's Ski Club in No. Conway, NH.  He enjoyed golfing.  He played baseball and softball for many years and later coached and was an umpire for Little League in Pinellas County.  After moving to Safety Harbor in 1984, Neil worked with several other fathers of little leaguers to have a Safety Harbor Little League instead of participating in the East Clearwater/Safety Harbor league. In addition to being a sports participant, he was an enthusiastic spectator.  Of course, he remained a loyal fan of the New England professional sports teams but he developed a real passion for the University of Florida Gators after moving to Florida.  He had season tickets for many years and was known to fly from San Diego, Cincinnati, and Warsaw to attend Gator football games.  Tailgating was mandatory.  The Gator road trips with his extended Gator family are treasured memories. Above all else, Neil loved his family. He was a committed, devoted husband, father, and grandfather.  He loved making memories with his family on vacation trips to Hawaii and Hilton Head, and at family gatherings in Florida and Massachusetts.  Neil's memorable quote about his family, 'If my family is happy, I'm happy' will always bring a smile to his family. A funeral Mass celebrating Neil's life will take place at Espiritu Santo Catholic Church, 2405 Philippe Parkway, Safety Harbor on March 4, 2017 at 1:00 PM . A reception with light refreshments will immediately follow Mass in the Church Parish Center. In lieu of flowers, at Neil's request, donations in his memory may be made to Espiritu Santo Catholic School, 2405 Philippe Parkway, Safety Harbor 34695.

Neil Leo O'Brien of Safety Harbor, Florida passed away on February 26, 2017 at the age of 71.  Born in Somerville, MA, he was the son of Cornelius Leo O'Brien and Rita (Plante) O'Brien both of whom predeceased him. Neil was the loving... View Obituary & Service Information

The family of Neil Leo O'Brien created this Life Tributes page to make it easy to share your memories.