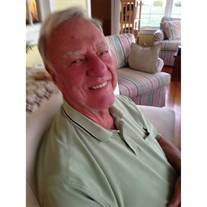 Richard Walter Garlick of Clearwater, Florida, passed away with his family by his side on Friday, September 20, 2019 at the age of 76, his long battle with cancer ending. Rick leaves behind his wife, Dana Naegeli Garlick, to whom he was married for nearly 47 years. Born in New Britain, Connecticut, on October 4, 1942, the twin brother of the late Robert "Bud" Garlick, and son of the late Frederick Bidwell Garlick and Anna Elizabeth (Nelson) Garlick. He lived and attended school in Kensington, Connecticut until his junior year in high school when he and his brother attended Tilton Preparatory School in Tilton, New Hampshire to complete high school. He then attended Mitchell College, New London, Connecticut and acquired his AS Engineering. Rick furthered his education at University of Connecticut, and then Tri-state College (now Triune U.), in Angola, Indiana, to earn his Bachelor of Science degree in Mechanical Engineering in 1967.  At first, he was a Test Engineer employed by Pratt & Whitney Aircraft. In 1972 he became a Maintenance Engineer for Northeast Utilities, first at their East Hartford facility and then at their Norwalk Harbor Facility. During this latter time, he had met and married Dana and they made their first home in East Hartford when their son, Jim, was born in 1975. Their second home in Trumbull, Connecticut, is where their daughter, Maryann was born in 1978. He became at Results Engineer for Commonwealth Electric Company of Massachusetts in 1982 and the family moved to Sandwich, Massachusetts on Cape Cod, where they made their home for more than 20 years. All the homes Rick lived in required his expertise in home renovations and gardening, which he often taught to his children.  He volunteered early on as an Advisor for Junior Achievement Group in East Hartford. His professional work involved finding ways to optimize oil use at electrical plants. (Price of oil had quadrupled, late 1970's and 80's) At home, he served as a soccer coach with Trumbull five to seven-year-olds. In Sandwich he became a Master Mason in the DeWitt Clinton Masonic Lodge of Sandwich, MA; Sandwich Boy Scout Troop Leader; Deacon of United Church of Christ, Sandwich. In retirement he volunteered for Meals on Wheels and as a driver for homebound patients. He served on the Mission Committee at First Presbyterian Church of Dunedin. From the time Rick was two, he and his family summered in Westbrook, Connecticut, where he made many life-long friends.  After his retirement in 1999, Westbrook became his summer residence. In the winter, he resided in Clearwater, Florida, where he also made good friends and enjoyed playing golf, traveling with them and family, and getting to know people. There are many friends Rick has met along the way in his life who have become like family, some preceding him in death; others he has left behind. Rick enjoyed nothing more than laughing together, playing cards, and hearing stories with a glass of wine. Rick leaves behind his son Jim Garlick and his wife, Jaime Simmermaker Garlick, and their children, John Frederick Garlick and Jessica Lillian Garlick; and his daughter, Maryann Garlick Haraldsen and her husband, Kyle Brian Haraldsen and their daughter, Rachael Mae Haraldsen. He was so very proud of his children and every one of his grandchildren whom he loved so very much.  He also leaves behind his sister in law Susan Carroll Garlick and her children, Kim Garlick Meissner and Jeff Garlick and their families. In lieu of flowers, Rick suggested the pastor of his church have a Discretionary Fund to be used in emergencies when time for a meeting is not at hand. His former church in Sandwich had such a fund and proved to be helpful when action to help someone in crisis was urgently needed.  He has begun this fund and hopes others will add to it. The address of First Presbyterian Church of Dunedin is 455 Scotland Street, Dunedin, FL 34698.

Richard Walter Garlick of Clearwater, Florida, passed away with his family by his side on Friday, September 20, 2019 at the age of 76, his long battle with cancer ending. Rick leaves behind his wife, Dana Naegeli Garlick, to whom he was married... View Obituary & Service Information

The family of Richard Walter Garlick created this Life Tributes page to make it easy to share your memories.

Richard Walter Garlick of Clearwater, Florida, passed away with...