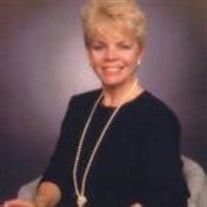 Rose Mary Casey, Verilla, Grant, our mother, grandmother, great-grandmother, sister and friend lost her vigilant battle with cancer on February 5, 2014. She was a blessing to all the lives she touched. Born to William and Frances Casey on September 23, 1941 in Altoona, PA, where she was raised. She married Anthony Verilla Jr. on May 9, 1964. They had three children who were their lives. They owned a pizza shop for many years. Then, in 1970, they moved to Pinellas County where they started New Enterprise Concrete and Excavating, which she ran for years. Later in life, she married Hugh Grant. She also went on to become a CNA which she loved, as she loved to care and do for others. But the greatest blessings in her life were her family and friends. She was such a strong, brave woman, all the way to the end of her battle. She was a blessing and will never be forgotten! Her family includes her children Joseph (Susan) Verilla, Rene (Ravee) Patel, Dana (Pastor Dino) Hatem Sr. Her grandchildren, Stephanie, Tiffany and Brandy Verilla, Sean and Tony Patel, Dino Jr. Heather Rose and Joshua Hatem; great-grandchildren, JJ Hill, Alina and Reighlynn Hatem; her beloved sisters and brothers, Veronica Schaffer, Mike Casey, Sr., Patricia Pielmeier, William Casey Jr., Kathleen Valintino and MaryJo Smith and her best friends, Glenda Frame and Debbie Almirall. LOVE LIVES ON!!!Family and friends are invited for visitation at St. Matthias Lutheran Church, 2751 Sunset Point Road, Clearwater, 33759 on Friday, February 14, 2014 from 4:00-6:00 PM. Mass of Christian Burial at Sacred Heart Catholic Church,7809 46th Way North, Pinellas Park, Fl 33781 on Saturday, February 15, 2014 at 12:00 PM, Interment to follow at Calvary Catholic Cemetery, 5233 118th Ave. North, Pinellas Park, Florida. Reception after at Belleair Country Club, 1 Country Club Lane, Belleair Florida.Family respectfully requests flower arrangements be ordered through the Flower Market, 1919 Drew Street, Clearwater, FL 33765 Phone: 727-441-1186 or 800-876-1186

Rose Mary Casey, Verilla, Grant, our mother, grandmother, great-grandmother, sister and friend lost her vigilant battle with cancer on February 5, 2014. She was a blessing to all the lives she touched. Born to William and Frances Casey on September... View Obituary & Service Information

The family of Rose Mary Grant created this Life Tributes page to make it easy to share your memories.