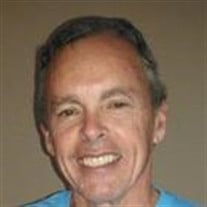 Stephen P. Russell, 66, of Clearwater, FL, died in his home after a swift 17-month battle with lung cancer. Born in Houston, TX, on October 9, 1949, he was the second of three children born to Henry and Mary Russell. Steve is an alumnus of West Lafayette High School, where he was a proud member of the 1964 State Champion Cross Country Team. Steve was honored to attend West Point Military Academy, and graduated with a Bachelor of Science in Civil Engineering from Purdue University in 1972. He went on to get his Master of Science in Industrial Administration from Purdue in 1973. His career started in management at TRW-Ross Gear Division, and transitioned to Real Estate as Broker/Owner of Coldwell Banker Sycamore Realty in West Lafayette, IN. Ever the academic, Steve also attained his Law Degree from the Indiana University School of Law in 2000. Steve had a heart for charity, was a disciplined steward of faith, and gave more than a decade of service to Guardian Ad Litem, representing children who were in custody of the state. That work helped him create Canine's for Kids, which he launched to help abused, neglected and abandoned children and dogs. To raise awareness, Steve and his two dogs hiked the entire Appalachian Trail in 2010... all 2,178 miles. To the end of his days, he taught us the power of calm, the grace of adaptability and selflessness, and the importance of being kind. He loved Jesus and has surely found some of his favorite Army generals in Heaven to discuss war tactics. He is survived by his best friend/significant other, Carmen Stonecipher, his children Brian (Laura) Russell, Kelly (Dan) Wodtke and Stacy (Dustin) Grove, and James (Terri) Shaw and Stephanie Shaw, and his sisters, Judy Curtis and Rusty StoneZebra (Ron). Nine precious grandchildren are glad to have called him Papaw. A memorial service will be held on Saturday, June 25th at noon, at Rapp Brewing Company, 10930 Endeavour Way, Seminole, Florida, 33777. A second celebration of life will take place on Tuesday, June 28th at 1:00 P.M., at Riverside Covenant Church, 1850 Woodland Ave., West Lafayette, Indiana, 47906. In lieu of flowers, we ask that you take a moment to hug your child, grandchild or friend and tell them what you love about them, or take your four-legged friend on a long walk outside. Time waits for no one. Memorial donations may be made to the Stephen P. Russell Scholarship Fund, 2506 Covington, West Lafayette, IN, 47906. SERVICES Memorial Service Saturday, June 25, 201612:00 PM Rapp Brewing Company 10930 Endeavour Way Seminole, Florida 33777

Stephen P. Russell, 66, of Clearwater, FL, died in his home after a swift 17-month battle with lung cancer. Born in Houston, TX, on October 9, 1949, he was the second of three children born to Henry and Mary Russell. Steve is an alumnus of West... View Obituary & Service Information

The family of Stephen P. Russell created this Life Tributes page to make it easy to share your memories.