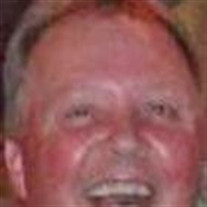 Todd Anthony Walden, 52, of St. Petersburg, broke his earthly chains on Monday, March 16, 2015 after suffering a massive cardiac event. A memorial service to celebrate his life will be Saturday, March 21 at 2:00PM at Pinellas Park Church of Christ. Todd was born May 28, 1962 in Moline, Illinois, the son of Toney Walden and Willa Wells. After receiving an honorable discharge from the Navy, Todd held a number of jobs and even spent some time on an oilrig. He settled into a life a self-employment in the construction business and was an incredible craftsman. He married the love of his life, Linda, on May 7th 1988 in Little Rock Arkansas. They would soon raise a beautiful family, two incredible daughters, in Florida. He was a devoted husband, awesome Dad, and tireless man of God. Todd is survived by his wife, Linda, and youngest daughter, Madison, of the home; oldest daughter, Halie, and her son, James; mother, Willa Wells and husband, Bud; father, Toney Walden and wife, Jean Ann; older brother, Tim and wife, Marty; younger brother, Terryn; and preceded in death by his little brother, Tommy. Also in the home is a very special, very lonely boxer named Prissy. The family would like to express gratitude to the cardiac care teams at both Northside Hospital and Heart Institute and Tampa General Hospital for excellence and compassion at every step of Todd's brief battle. To the church family that has been simply incredible, "thank you" falls far too short of the love we have for you! In lieu of flowers, the family kindly requests memorial contributions be made to Pinellas Park Church of Christ in care of Mexico Mission, P.O. Box 1007, Pinellas Park, FL 33780

Todd Anthony Walden, 52, of St. Petersburg, broke his earthly chains on Monday, March 16, 2015 after suffering a massive cardiac event. A memorial service to celebrate his life will be Saturday, March 21 at 2:00PM at Pinellas Park Church of... View Obituary & Service Information

The family of Todd A Walden created this Life Tributes page to make it easy to share your memories.